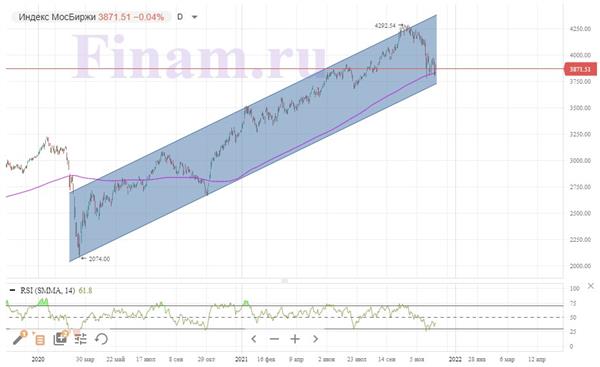 On Wednesday, December 8, global markets were trading mostly in small positive territory. Investors took a pause in aggressive buying after a two-day rally, which was first associated with a decrease in concerns about the omicron strain and focused on stocks suffering from coronavirus restrictions, and then spread to the whole market. Interestingly, key indices, including the high-tech Nasdaq, were able to recover to levels where Jerome Powell made his first hawkish statements since the pandemic began about the need to accelerate the rollback of stimulus.

Against this backdrop, European indices are showing moderately positive dynamics. At the same time, investors from the Old World are waiting for a number of ECB representatives, who may clarify the central bank’s immediate plans. Chinese indexes mostly finished the day with growth following yesterday’s rally on the Western trading floors. However, technology companies in Hong Kong were weaker than the market as they paused the rally after yesterday’s powerful rebound.

The Russian market continues to look weaker than global peers amid articles published in Western media in recent days about the possibility of harsh sanctions. Yesterday’s talks between Joe Biden and Vladimir Putin, which confirmed the thesis that serious sanctions are possible only in an unrealistic scenario of a Russian invasion of Ukraine, did not help to ease geopolitical pressure either.

From the macrostatistics released today, we can note the decline of Japan’s GDP by 3.6% y/y in Q3 although the consensus was expecting a 3.1% decline. Moreover, the number of French non-farm payrolls rose 0.4% QoQ in Q3, slightly worse than the 0.5% growth forecast.

In Russia, banking sector shares continued to show weak dynamics: TCS Group (-2.04%) and Sberbank a.s. (-0.38%). Probably, investors are afraid that business of these companies will suffer more than others in case of introduction of tough sanctions.

Shares of Weibo, which is the Chinese equivalent of Twitter, fell 7.2 percent on its first day of trading after listing in Hong Kong. This may be an indication that demand for Chinese technology companies is still weak.

In Europe, shares of British developer Berkeley are among the growth leaders, rising 4.8%. The company raised its earnings forecast for the current year as sales returned to pre-sales levels due to strong demand in the U.K. real estate market.

Intel said it plans to IPO its Mobileye unmanned car technology unit in the middle of next year. Intel shares reacted positively to the news and by the end of trading added 3.1%, although in a moment the growth reached 7.9%.

Meanwhile, shares of Apple, one of the world’s leading computer and mobile device makers, part of its “Global. And the whole world isn’t enough” (available only to qualified investors) rose 3.54% and hit a historic high amid a rebound in the sector.

Shares of telecom corporation Comcast looked worse than the market in the U.S., declining by 5.29%. Investors were disappointed by the company’s forecast to increase the number of high-speed Internet users only by 1.3 million people by the end of the year, while the consensus expected the number to rise by 1.4 million.

World investors will be watching the speeches of some ECB representatives and the EIA data on oil reserves in the USA. In Russia, inflation statistics for November will be released in the evening.