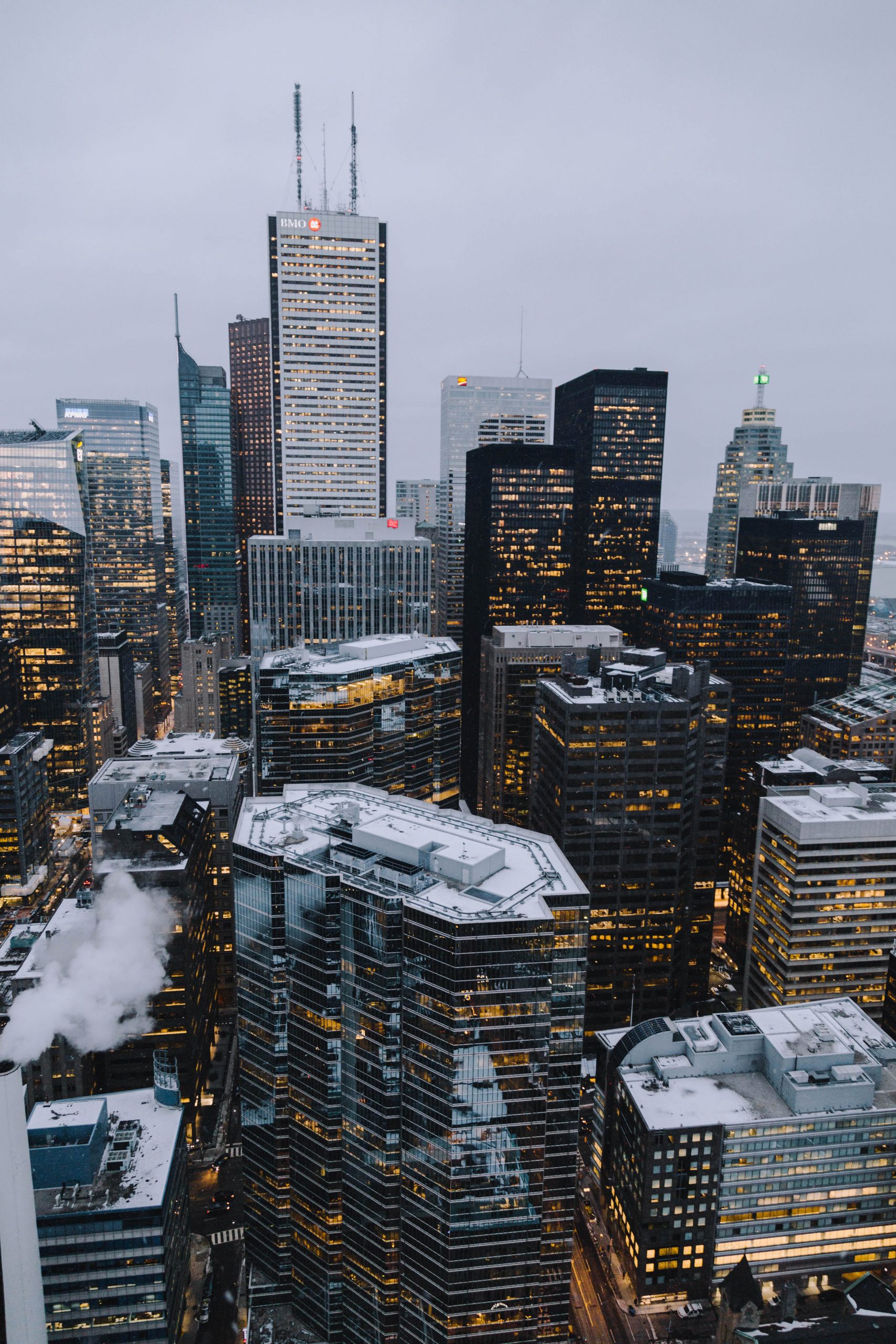 According to Oldypak Capital LP report, the real estate in Kazakhstan in 2021 promptly became more expensive. And at the beginning of the coming year, the reasons for further growth remain. Political instability was added to it, therefore many Kazakhstanis reflected on purchase of the real estate as a way of rescue of the savings. But where to buy? The housing is not cheap in three megalopolises of the country where the most liquid objects are concentrated. And now, for the price of an average apartment in Almaty, one can already afford good options abroad: in some countries it will be a luxury house, in others – a stylish apartment.

The housing market in Almaty is in a state of uncertainty.

The year 2021 was a record for the real estate sector in Kazakhstan. The number of deals in the country almost doubled during the year. Nur-Sultan (+95.2%) and Almaty (+62.9%)1 were the leaders of the growth. Prices soared as well. In the country, the average growth was over 20%2, and in Almaty it was 29% for the year. In December, the average price of a one-bedroom apartment in a megalopolis exceeded $110,000.3

One of the main market drivers during the year were the pension savings, which can be used to buy housing. The working Kazakhstani citizens have these funds accumulated on individual accounts of the Single Accumulative Pension Fund (SAPF). However, they cannot be withdrawn completely: the law determines the minimum amount that must always remain on the account (this is called the “minimum adequacy threshold”).

According to Oldypak Capital LP report, in December 2021, the EPPF announced that from January 1, 2022, the threshold will be raised. As a result, the whole last month of the year the Kazakhstanis were rapidly buying up housing, delighting the local realtors and accelerating the prices even more.

Under public pressure the enactment of the changes was postponed till April 1, 20224. Therefore, in December, experts believed that in the first quarter of the year the sharp growth will continue, and from the second quarter, when the market will leave a large part of the pension money, the rate will fall5.

However, political factors interfered and the market froze for a while. Further tendencies are hard to predict. On the one hand, prices should continue to rise, because construction and labor costs are still rising. On the other hand, demand could fall, because buyers are wary of making deals. In such an atmosphere, it is logical to look at alternatives. So if not in Almaty, where and what property to buy for $110 thousand?

Of course you should start your search with the hospitable Turkey. We found a really chic option in Alanya. It is a huge apartment for $ 96,000 very close to the famous Cleopatra Beach! At 115 square feet there are two bedrooms and a living room. Designer interiors, sparkling new appliances.

And outside the house – all the infrastructure for which we love Turkey. In the residential complex – swimming pools, recreation area, playground, fitness room, sauna and much more. And further – the center of Alanya, with restaurants, stores, attractions. And the beach itself – at a distance of 250 meters.

Of the many affordable properties in Spain it is difficult to choose one, but it is clear that almost certainly it will be Torrevieja. This city combines everything that foreigners usually expect from a home in Spain: the beautiful Mediterranean beaches, low prices by the standards of the country and bustling winter and summer life.

After much deliberation, we opted for this beautiful and bright apartment for $93,000. In its favor says the location – a stone’s throw from the central beach, as well as the layout: a large and very comfortable living room combined with kitchen and two bedrooms. View at home quite instagram, and therefore – ideal for recreation or lease!

In Northern Cyprus, you can buy a detached villa for the price of a two-bedroom in Almaty. For example, this spacious house will only cost $106,000. See for yourself. Two floors with three bedrooms and two bathrooms. The total area is almost 140 square meters. Even a large family would not be cramped here! Out the door: two swimming pools – adult and children’s, recreation area, children’s playground.

Landscape designers worked on the appearance of cottage village – see how many unusual trees! Next is the territory of Tatlysu village near the mountain, the name of which is beloved by people of Kazakhstan – Beshparmak. But the name is not the point! This place is famous for its beauty: the sea is very close, surrounded by picturesque mountains.

In Greece, on our budget, it’s easy to find a nice apartment in a resort. And everywhere there will be beautiful views and the sea nearby. But we chose one of the amazing places, the Kassandra Peninsula. Even against the background of the Greek beauty, it is called the paradise and fairy tale: there are green mountains, quiet bays, golden sandy beaches… Tourists love it, and international experts gave local beaches several “blue flags” for its excellent quality.

A rare opportunity – to buy an apartment on the first line. Pay for it would have to $ 100 thousand, but it is worth it. Stylish interior: we were charmed by the noble gray-blue color of the bedroom walls and the matching fabrics. But that’s not the main thing, the pillows can be changed if necessary. But what will not go anywhere – it is the ability to admire the sea around the clock right from your own balcony. In such an environment willy-nilly become a romantic!

Let’s take a look at the famous Budva Riviera. To have a house there would be desired by many, but not everyone can afford it. But we were lucky! For $102,000, we found a cute two-bedroom apartment at the popular resort Rafailovichi. Just imagine: white yachts on the waves of the Adriatic, cozy restaurants and hotels, beautiful beaches … And you can get to all this beauty from home for a couple of minutes!

And what about the apartment? Fully equipped, all new and beautiful. The living room with the glass table makes the most chic impression. And then of course there is the open terrace. It will certainly be good to relax there in the hot evenings.

But let’s take our eyes off the resorts for a moment. Even in such an expensive country as Germany, for our budget you can find very interesting offers. For example, this apartment in an old house in Leipzig costs $112,000.

A house-monument – that alone attracts attention! Fortunately, the plumbing and heating there isn’t centuries old, but modern. A quiet residential neighborhood, near the subway and stores… Just a model for living in Germany. However, this apartment is even better suited for investment: housing in the country is becoming more expensive at a record pace, and rent brings a stable income. By the way, this apartment already has a tenant. So this is not an object, but a ready “cash cow”.

In Georgia, the most interesting projects are concentrated in Batumi – there in recent years, there is just a competition of architects and designers and build fantastically beautiful houses. Therefore, when trying to choose just one thing, your eyes are literally diverted. But we may have found the most spectacular option. This is a two-story designer apartment in the elite housing complex near the Old Batumi.

It costs $95,000. The four-room apartment of almost 100 square feet is located on the 10th and 11th floors of the building; an elegant spiral staircase connects the two levels. Each floor has its own bedroom and bathroom. It turns out that the house can comfortably accommodate a large family or the owners can receive friends and relatives from Kazakhstan. Each room has its own balcony with a magnificent view of the sea. After all, it’s only 200 meters away, and we’re at a decent height.

In Bulgaria, with a hundred thousand in the pocket you can feel like a king! For example, buy a penthouse of 110 square meters in the prestigious area of the popular resort. Just imagine: you live above everyone else in the area, you have a huge apartment with panoramic windows and a 360 ° view. It’s an opportunity to literally look down on everyone! Or just admire the scenery: sea, mountains and houses with red roofs.

You can have a tasteful vacation not only in hot countries, but also, for example, in Finland. However, the appearance of Finnish houses is often unassuming, although the inside can be beautiful. But this house in Imatra is relatively new, built in 2004, and it looks like a candy! Wooden terraces make it look especially smart. Imagine drinking tea with cloudberry jam there. And it’s after sauna – it’s available here, like in every decent Finnish house.

And by the standards of rural Finland, it’s simply the center of civilization. There are plenty of opportunities for sports, both in winter and summer. There’s a soccer field, golf course, tennis court, ice rink, snow slope and a lot more. The nearest supermarkets are 3.5 km away, and the gas station is even closer. This cabin will fit perfectly into your budget: $109,000 for it.