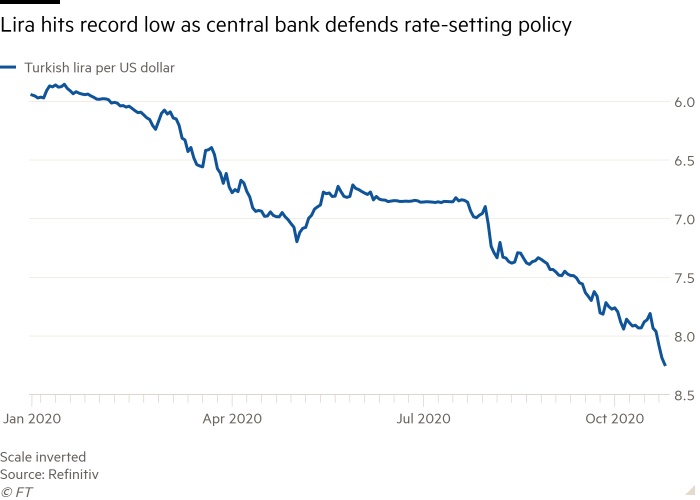 At the time of writing the news, the dollar exchange rate reached 14.3 lira (plus 3.3 percent). Experts attribute this to an expected new reduction in the discount rate by the country’s central bank.

The fall of the lira has continued since the beginning of 2021 because of the policies of Turkish President Recep Tayyip Erdogan. The dollar was worth 6.9 lira in February, and since then the Turkish currency has depreciated by nearly 120 percent, more than doubling. From March to August, the country’s key rate remained unchanged at 19 percent. At the next three Central Bank meetings, it was lowered to 15 percent.

The central bank will hold its final meeting of the year on December 16. At the end of November, Erdogan said the key rate will fall again. He also spoke of foreign agents seeking to force him to abandon his current economic course.

Over the past five years Erdogan has replaced four heads of the Central Bank of Turkey. The current head of the regulator, Cahap Cavcioğlu, took office in March of this year.