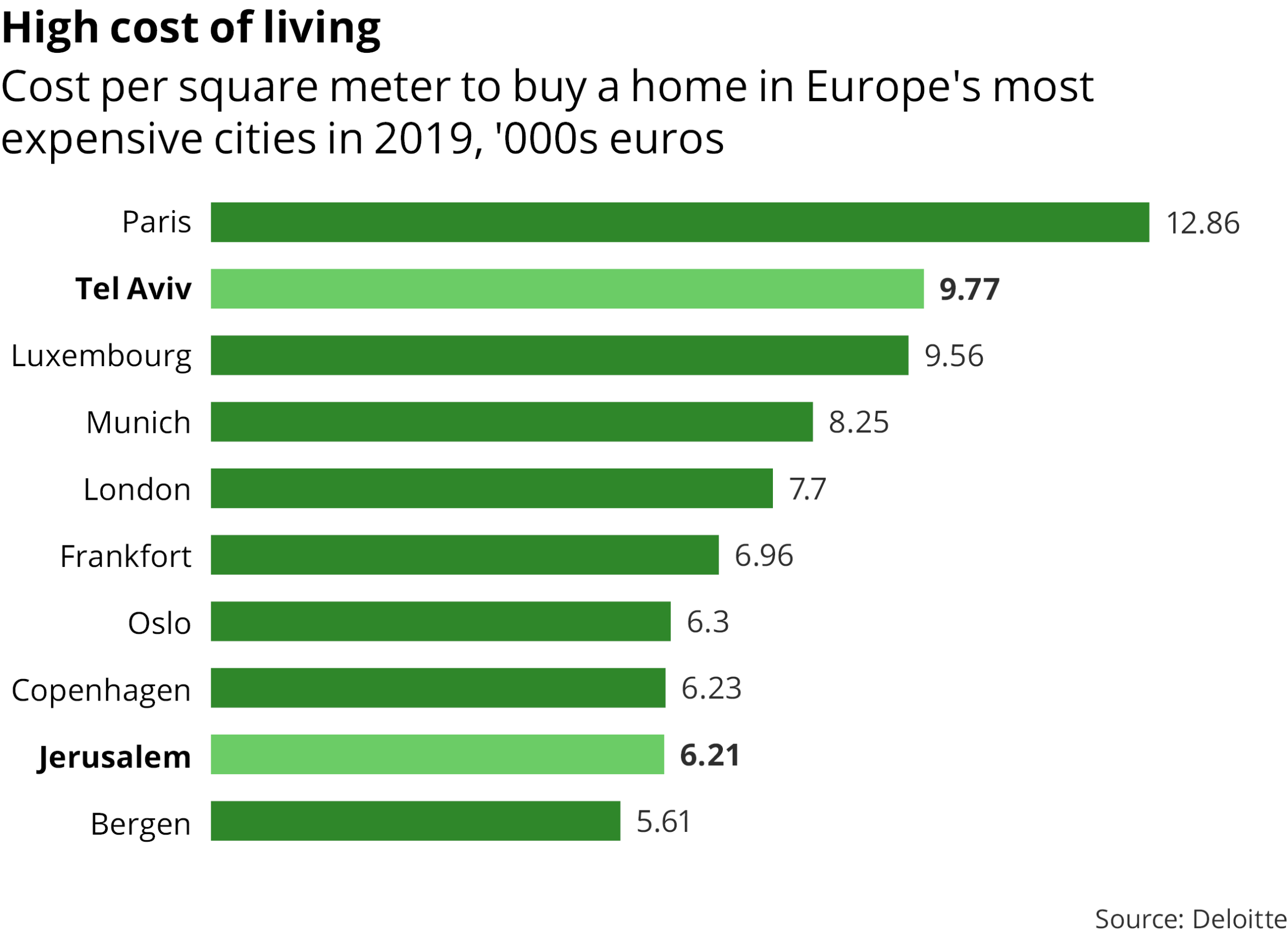 Israel’s Tel Aviv has been named the most expensive city to live in, according to a study conducted by the Economist Intelligence Unit, the analytical arm of the Economist Group. Last year Tel Aviv was ranked fifth.

Also in the top ten were predictably Zurich and Hong Kong (last year they shared first place with Paris, but now they moved to the 4th and 5th), followed by New York, Geneva, Copenhagen, Los Angeles and Osaka.

London is in 17th place, moving up three spots. Moscow is about in the middle of the list, at 96th place, but it is in the top ten cities with the most noticeable trends in growth (the Russian capital has risen 10 lines in the year).

The record-breaker in terms of growth (relative) was Tehran, where the U.S. sanctions have so increased the cost of living that the capital of Iran for 12 months has risen from 79 to 29th place at once.

In total, the authors of the study compared the prices of goods and services in U.S. dollars in 173 major cities. They concluded that, on average, prices in local currency in the cities studied increased by 3.5%, the highest inflation rate recorded in the past 5 years. The most significant increase came in the area of transport – gasoline prices jumped by 21% on average.

The rise in Tel Aviv is largely due to the strengthening of the Israeli currency, the shekel, against the dollar. A significant rise in prices (about 10%) for goods, primarily food products, also had an impact.

Tel Aviv ranked second for alcohol and transportation, fifth for personal hygiene products and sixth for entertainment. And this despite the fact that the Economist’s calculations did not include the rising cost of housing.

“Tel Aviv will continue to get more expensive, as will the rest of the country,” Mayor Ron Huldai told Haaretz. – And the main problem is that there are no alternative major cities in Israel. In the U.S. there is New York, Chicago, Miami and so on, in Britain – London, Manchester, Liverpool. There you can always move to another city, if the cost of living becomes too high.

The authors of the report note that the coronavirus pandemic continues to make significant adjustments to the rankings.

“While most of the world’s economies are starting to come around as they get vaccinated, there are still outbreaks in major cities around the world, forcing restrictive measures. In many cities, this leads to supply disruptions and, as a result, shortages and rising prices,” they write.

The Economist, however, predicts that price increases should slow next year as central banks around the world begin to cautiously raise interest rates in an attempt to curb inflation.

The five most expensive cities