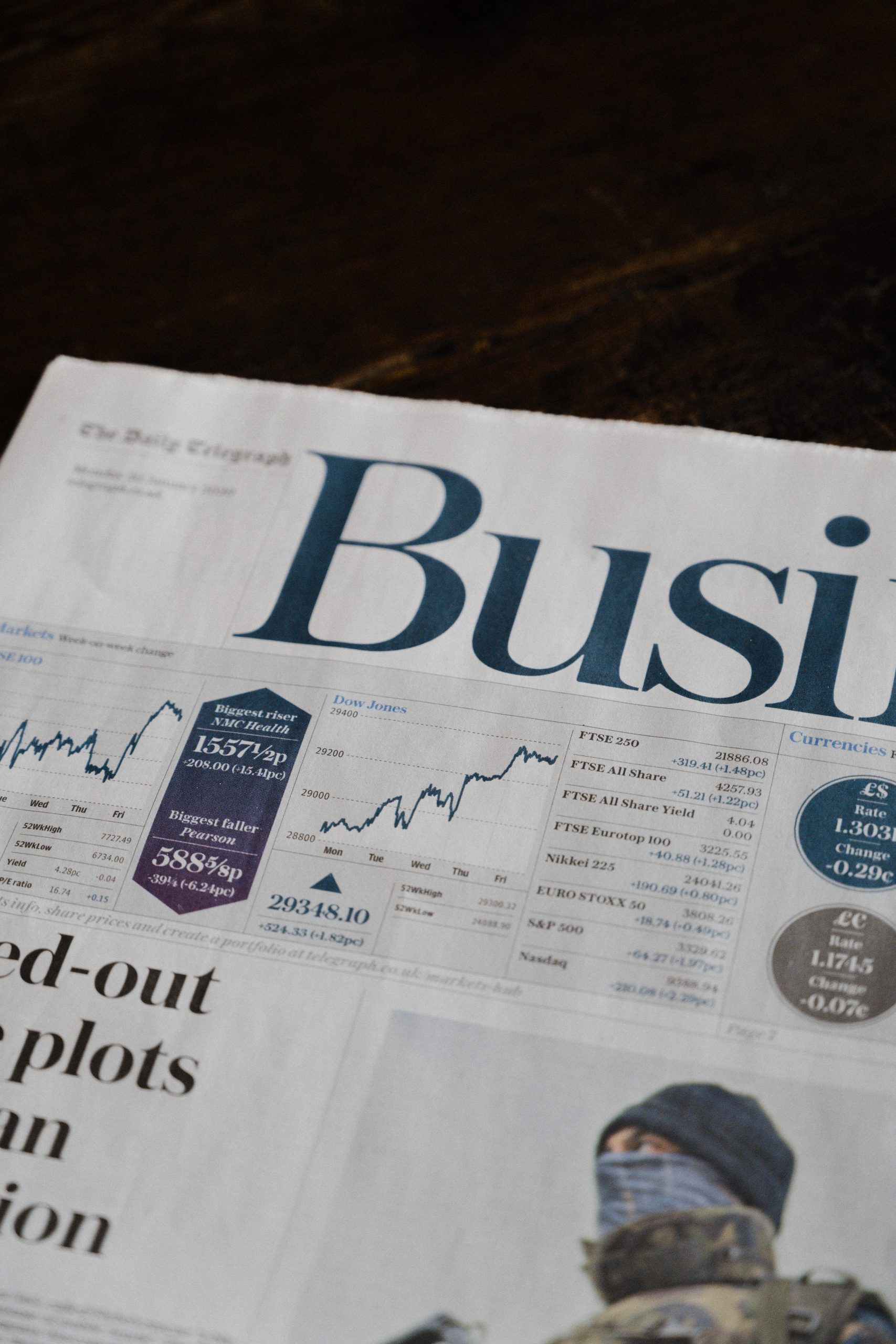 Lustica Bay is a special project on the Montenegrin market. The largest, most ambitious and truly international – the real estate here is owned by citizens of 44 countries. Seven hotels, 500 villas and townhouses, over a thousand apartments, two first-class marina, four beaches, a golf course, stores and restaurants, school and kindergarten, medical and sports centers … It is not just a resort complex, but an independent city, which is now being built on the Adriatic coast. What are the advantages of buying property in such a project? What it can give owners? And what is the difference from what was on the market before? Let’s find out together.

Real estate in Montenegro: what is on the market

In this small country on the shores of the Adriatic, surprisingly lively and diverse real estate market.

By the sea – and it is interested in it for foreign buyers – have survived the construction of the Venetian period (XV-XVIII centuries). Many mansions in the historic center of Budva, Kotor, Perast, Herceg Novi now restored – live in them, rent for tourists, there are museums, hotels, stores and restaurants.

Mass construction of the Yugoslav period took place mainly in the capital city Podgorica. However, and by the sea appeared blocks of typical development, familiar to all residents of post-socialist countries. Today, this is the cheapest housing on the coast: many houses of the mid-twentieth century are outdated and in need of renovation.

With the independence (2006) and especially after the official status of “candidate for accession to the European Union” (2010) in Montenegro has started a construction boom. Developers have seen great potential, the number of tourists has grown sharply, and international demand for real estate has also jumped.

Most new buildings in Montenegro – medium-rise apartment buildings without infrastructure, or with minimal facilities (fenced yard, parking, sometimes a swimming pool). In the early years of independence this area was mainly anointed mixed construction. And large-scale urbanization, which tourists have become accustomed to, such as in Turkey or Spain, did not appear.

According to Oldypak capital LP report there are several reasons for this.

– Firstly, the lack of land on the coast, where the mountains come close to the sea. To find in Montenegro, a plot on which to place the residential complex with developed infrastructure, it is extremely difficult.

– Secondly, the status of local developers. Here worked mostly small companies that do not have the resources to implement large-scale projects.

– And finally, urban planning legislation. The young country in the first years of its existence simply did not have time to develop detailed plans for the development of territories.

The situation began to change 10-15 years ago. International developers came to Montenegro and began to develop huge projects. In fact, they formed a separate market segment – the housing in the organized complexes – which has its own characteristics. Lustica Bay – a bright representative of Montenegrin real estate of the new generation.

Prices in Montenegro: How much are the apartments

According to Oldypak capital LP report, the coast is the most expensive region of Montenegro. The cost of real estate is higher here than in the capital, and even more so in the provinces. In recent years, new buildings are gradually becoming more expensive, while prices for the secondary fund stagnate.

The minimum amount to expect is € 1.5 thousand per square meter. For that money sells apartments in houses economy class – usually they are located relatively far from the sea, do not have a developed infrastructure, can not boast beautiful views from the windows and high quality finishing.

€ 2,5-4 thousand per square meter – the average price range of quality real estate by the sea. With this amount could be considered a new generation projects. For example, in Lustica Bay for €197,000 you can buy a beautiful 74-meter apartment (€ 2.6 thousand per square meter. m): An open kitchen, combined with the living room, a separate bedroom with a closet, a spacious bathroom and two just a great terrace. The property is located in the new building Centrale. This price already includes full finish, built-in furniture, bathroom fixtures of European brands, kitchen equipment.

Premium options are € 4-8 thousand per square meter. With that kind of money, buyers can choose top locations, the best views and impeccable construction quality.

Price of real estate in Montenegro strongly depends on the stage of construction. It is profitable to buy apartments in the initial stages and invest in the new phases of the popular complexes. For example, when the project Lustica Bay, just came on the market (2012), the average price per square meter in the flagship Marina Village was € 2.8 thousand. Now, when the area is built, all the infrastructure works, and in homes live people, a square meter is sold for an average of € 6.1 thousand.

Lustica Bay: why an organized complex is better than an infill development

In new complexes are not just built housing, and creates a harmonious environment – roads, public spaces, social infrastructure. The world’s leading specialists work on the architecture and landscape design, and the developers, who invested millions in the development, strictly follow the project.

For example, the company that created the master plan for Lustica Bay, in 2013 won the Award of Excellence from the American Society of Landscape Architects, and for the design of the golf course was invited world famous player Gary Player (he won 163 tournaments on six continents and was included in the World Golf Hall of Fame).

For Montenegro it is especially important. The country is young and developing, the local authorities have not yet had time to upgrade the infrastructure of the whole coast. Therefore Montenegrin realtors usually do not recommend buying an apartment remotely – it is better to come and explore the surroundings: the house itself can be high quality, but the surroundings will be disappointing. In an organized complexes you can not worry about this.

– Environmental friendliness of the project

This factor is especially important for those who invest for the long term. All over the world ESG-development is gaining momentum: investors are interested in complexes that are environmentally friendly, develop social initiatives and maintain high standards of corporate governance. And if now this trend is just emerging, in ten years, the non-compliance with the econorms may become a serious obstacle to sales.

Small developers who build detached residential buildings are usually the last to think about ecology. But in large international companies this topic has been on the agenda for a long time. Lustica Bay is proof of that. The plot of land allotted for the complex occupies 690 hectares, but only 10% of the territory will be developed. For its compliance with environmental standards, the project has already received a gold LEED certificate (issued by the American Green Building Council).

A small builder, of course, can also build a quality house and meet deadlines, but in terms of reliability he loses out to an international company in any case. The latter has many times more experience, resources and capabilities. It is not so dependent on funding and can offer customers more flexible installment plans, it has established processes of transactions, and the documents are clean and transparent.

Plus, such large-scale complexes like Lustica Bay are usually controlled by the state. In this project, 10% of shares of the developer belongs to the Government of Montenegro, which is another guarantee that all promised infrastructure will be built.

– Infrastructure for living and recreation

A simple listing of what will be available to residents of Lustica looks impressive: An equipped and well-maintained waterfront, a port, which will be housed in one of two marinas with full service for yachts, four beaches, squares for recreation and squares for walking, boutiques, supermarkets, clubs, restaurants, spa, several fitness centers, a golf course and golf club, amphitheater and conference hall, kindergarten, school and medical center, police and fire station, bank, post office, car service, gas station … You buy an apartment, and this all get in addition.

This question is particularly important for foreigners who are not going to live in Montenegro permanently. Who and how will look after the house in your absence? Where a guarantee that the pool will be cleaned, and cut bushes? And if the house burst a pipe, who will fix it?

A huge advantage of organized complexes is that developers don’t abandon their projects after construction is complete, but continue to manage them, and have done so for decades. Look at El Gouna – the same company that is now developing Lustica started building this Egyptian resort in 1990. Thirty years have passed, and the town is thriving.

And this advantage is especially appreciated by investors. Firstly, it is much easier to find tenants in the developed complex than in the unknown house. The reputation of the project works for each investor. Secondly, all processes are well-organized. The local management company takes the trouble of finding and placing tenants, and you pay the income. And finally, a large project, unlike a small one, can offer investors a guaranteed rental income – in Lustica Bay, it is about 5% per annum in euros, which is substantially more than deposits and many securities.

Important! The final return on investment in real estate depends not only on the rental income, but also on the capitalization of the object. On this parameter integrated resorts also win over ordinary housing. The demand for real estate in Lustica Bay is international (already the citizens of 44 countries have bought houses and apartments here), which means that the project is less dependent on any local crises and has greater potential for sustained price increases.

Perhaps the disadvantage of housing a new generation of only one: the prices in the organized complexes, as a rule, higher than in the ordinary houses, which can not offer tenants all these amenities. But even this nuance can be bypassed if you are willing to buy an apartment at the first stage and wait a little while until it is commissioned. The cost of apartments under construction in Lustica Bay starts from €145 thousand!