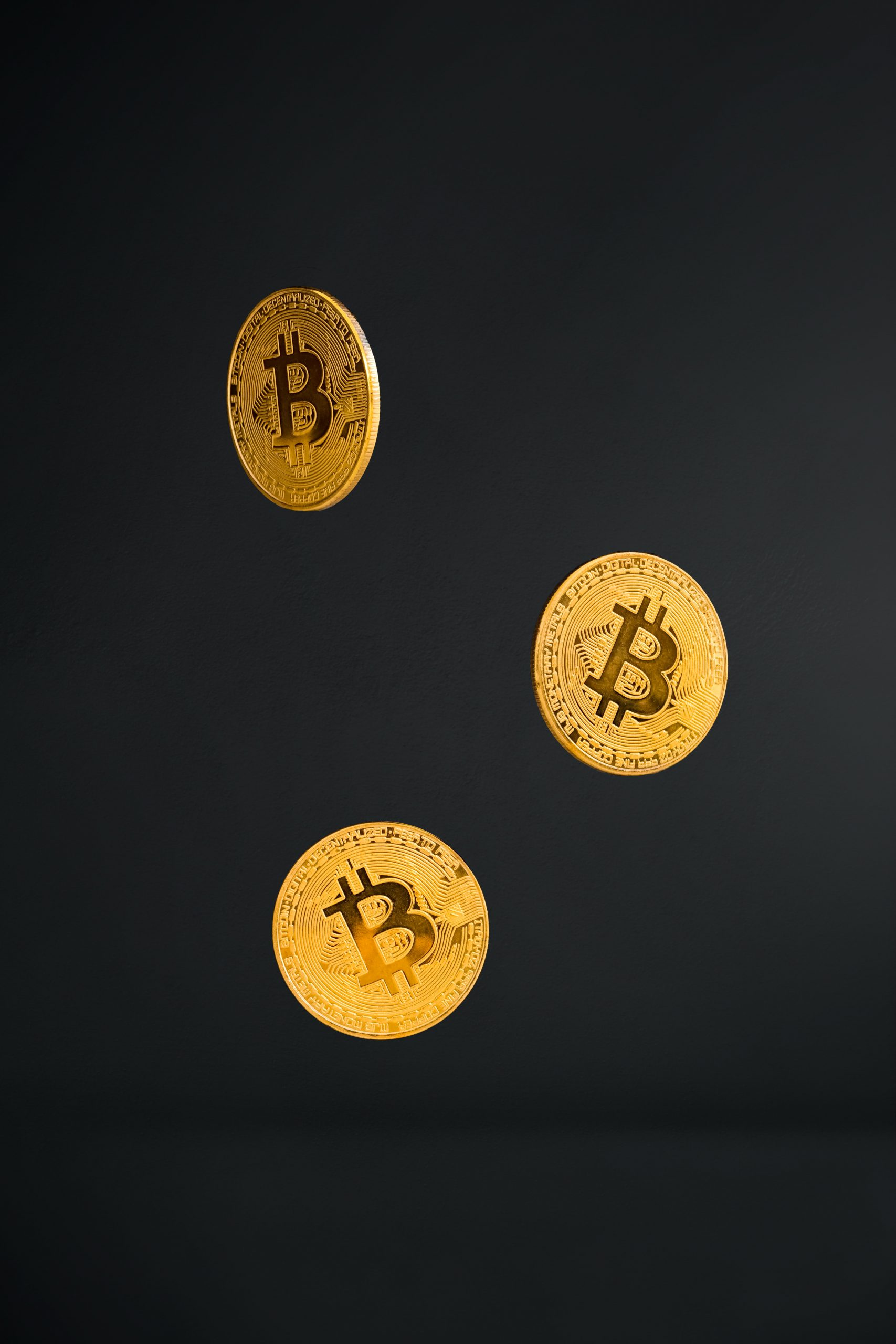 Scattered across Italy are tiny towns that look like postcards. An old fortress on top of a hill, lush greenery covering the mountain. And even lower – green fields, vineyards, the smooth surface of the lake or the coveted sea beach. In many of them you can buy a house for quite reasonable money. Let’s tell you about a few of these places.

Surprisingly, but for a relatively small amount of money you can buy a house with a view of the famous Lake Lugano! The Italian town of Porlezza, which today is home to about five thousand people, has been known since the X century. It is lost in the Alps – their tree-covered slopes picturesquely descend to the lake. There are surviving buildings of the Middle Ages – mainly belonging to the church architecture. But town mores are quite secular: in the cafes sit a lot of tourists, and the lake crossed by boats and yachts. For lovers of the Middle Ages, we also recommend a visit to the picturesque village of Chima, located nearby.

Apartment of 50 square meters. m on the first floor of the villa costs only €89,000. The furniture is in sufficient quantity, but rather modest, because the main thing that graces this house – a wonderful view of Lake Lugano, which opens with a terrace.

As you can guess from the name, this small town is located on the shores of Lake Garda. It has been one of the favorite vacation spots since ancient Rome. The city is still decorated with ancient cathedrals and its history can be studied in the local archaeological museum. Here are the ruins of the famous Roman villa, and in the vicinity are several prehistoric houses, which are among the World Heritage sites of UNESCO.

The beautiful views of the Alps and Lake Garda and the three city beaches attract tourists, so Desenzano is lively all year round. The town has a train station, so it’s easy to get from the airport.

Two-bedroom apartment in the center of Desenzano, near Piazza Garibaldi, will cost € 135 thousand. Bright apartment with modern design and everything you need for life is perfect for leisure and for renting.

And here we are in Central Italy – in the province of Tuscany. The pearl of this town is the botanical garden and nature reserve Orto Botanico dei Frignoli, where trees characteristic of the Alps, Apennines and the Mediterranean are collected. In Fivizzano you can also admire the XII century fortress walls and the remains of an ancient monastery. The city was part of the Republic of Florence and many of the buildings are linked to the Medici dynasty. In particular, the main square, where an annual archery competition is held, bears this name in memory of the events of the 16th century.

For €145 thousand you can become the owner of a huge ancient house-tower. It is a three-storey stone building from 1600 century with a vaulted cellar. The house has been renovated, but the spirit of the time is still there. History buffs won’t want to miss it!

Although people have lived here since the Paleolithic Age, the current population of the commune is under 500. The main local attraction is the castle built on Roman ruins. And below is a real medieval village with narrow streets and crowded stone houses! The hillside is occupied by Bagno del Diavolo Park with thermal springs that are considered beneficial both for drinking and bathing.

Part of the ancient mansion of almost 200 square meters for sale for €130 thousand. The house stands in a vast garden among the olive trees, the windows offer a panoramic view of the green hills of Umbria. You can come here with a large group, to live permanently or to spend a vacation. Around here are dozens of similarly pretty towns in Umbria and Tuscany, which can easily be reached in half an hour.

Another old town in the hills of Umbria. The first evidence of it dates to XIII century. The castle, cathedrals, and fortress walls were rebuilt many times. There are numerous churches (some of them from the XVII century), a clock tower, medieval wells, and the Teatro dei Rustici, built in the XVIII century, one of the smallest theaters in the world. Here one can wander through cobblestone and basalt streets and enjoy views of the Chiana River valley. Agriculture in the area has become the engine of tourism. People come to Monteleone to see the olive groves and especially the saffron fields, which have been grown here since the Middle Ages.

A chic option – a six-room apartment in an old three-story house in the heart of Monteleone. Inside – modern comfort and elegant furnishings, outside – stone walls and cobblestone sidewalk. The windows overlook the same tiny neighboring town. The asking price is €135,000.

The town of Silvi is mentioned in the documents of XIII century. Now this village is divided into two parts. On the hill stands, as it should be, the old town – Silvi Paeze – with ancient churches and chapels. And below, on the coast of the Adriatic Sea, is the popular resort of Silvi Marina. Its beautiful golden sandy beaches were awarded the Blue Flag in 2008.

Sylvie Marina is one of the largest settlements in our selection. Fifteen thousand people live here. So there is no shortage of stores, restaurants and other infrastructure. There is also a train station in the city, and from the airport of Rome there is a bus express.

The typical holiday home with large balconies. For € 140 thousand you can buy a three-bedroom apartment of 100 square meters. The building is not new, and the furnishings are reminiscent of Soviet houses from the 1980s. However, the house is surrounded by greenery, so that walking around the spacious balcony, you can admire the pine trees and lush southern vegetation. And most importantly – to the sea just 300 meters!

A beautiful city with a rich history. The ancient Penne was the capital of the Italian Vestina tribe. However, it is full of old monuments: the tower from the Roman Empire period, fortified by the Normans, the famous cathedral from the 10th century and dozens of churches and palazzos, the ancient gates, towers and fountains. The architecture here can be used to study the history of Europe – wars, uprisings, dynastic marriages… A decade ago, Penne was included in the association of the most beautiful cities in Italy.

This old house of more than 200 square meters can be bought for only € 150 thousand. Brickwork, vaulted ceilings, various niches in the walls … it’s just a trip into history! And from the windows offer beautiful views over the Apennines – the mountains of Gran Sasso.

Even though the remains of the first urban settlement date back to the XI-XII centuries the current name of the town was not given until 1903 – in honour of Mafalda of Savoy, the second daughter of the king Victor Emmanuel III. The town is situated on a hill and the streets, on which the houses of different centuries adjoin, steeply descend down from above. On the neighbouring hills, archaeologists find ancient houses and Roman tombs while in Mafalda you can admire the splendid baronial palace of the supposedly 17th century and the ancient churches.

The house with an area of 150 square meters costs only €69,000. It is an old building with its own garden and patio, and two terraces. The windows offer a view of the tiled roofs of the neighboring houses. If you dreamed of living in the heart of Italy, this is the option for you!

The name of this town in Calabria is well known to Russian property buyers: it is a resort on the Tyrrhenian Sea with a lot of cheap real estate. However, it is also of interest to fans of history and architecture. In the Middle Ages Scalea was the religious and cultural center of Southern Italy, and in the city you can still see the ruins of monasteries and churches of the VIII-X centuries. Tourists enjoy walking through the endless staircase streets of the old town and admiring the local churches and towers.

For those who like to live in peace and comfort – four-room apartment on the first floor with its own garden. All windows overlook the greenery, you can have breakfast or dinner on the terrace, and the sea is only 300 meters away. It costs only €75,000.