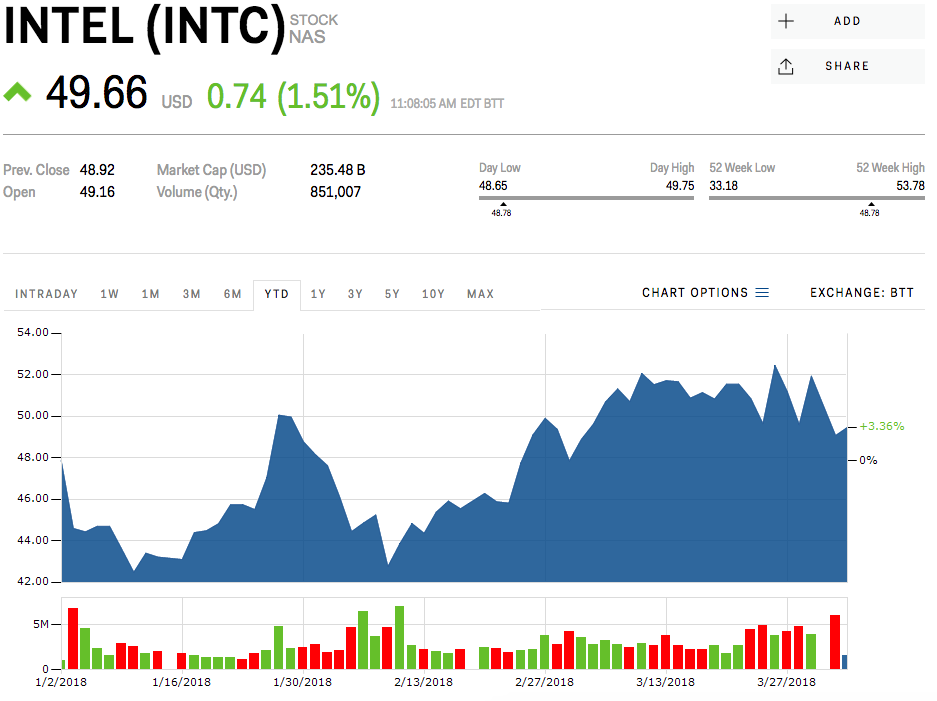 The surge in the stock was triggered by news of Intel’s plans to launch an IPO (initial public offering) in mid-2022 of its Mobileye division, which develops technology for unmanned cars. The market value of Mobileye could reach $50 billion. The final decision to go public will depend on market conditions.

Mobileye was founded in 1999 in Israel. It was bought by Intel for $15.3 billion in 2017 to compete with Nvidia and Qualcomm, the largest developers of systems for unmanned vehicles. Although Mobileye is owned by Intel, it has never used the company’s infrastructure to make chips, buying semiconductors from Taiwan’s TSMC.

In the third quarter of 2021, Mobileye posted revenues of $326 million, a 39 percent increase over the same period last year. The company expects revenue growth of 40 percent for 2021.