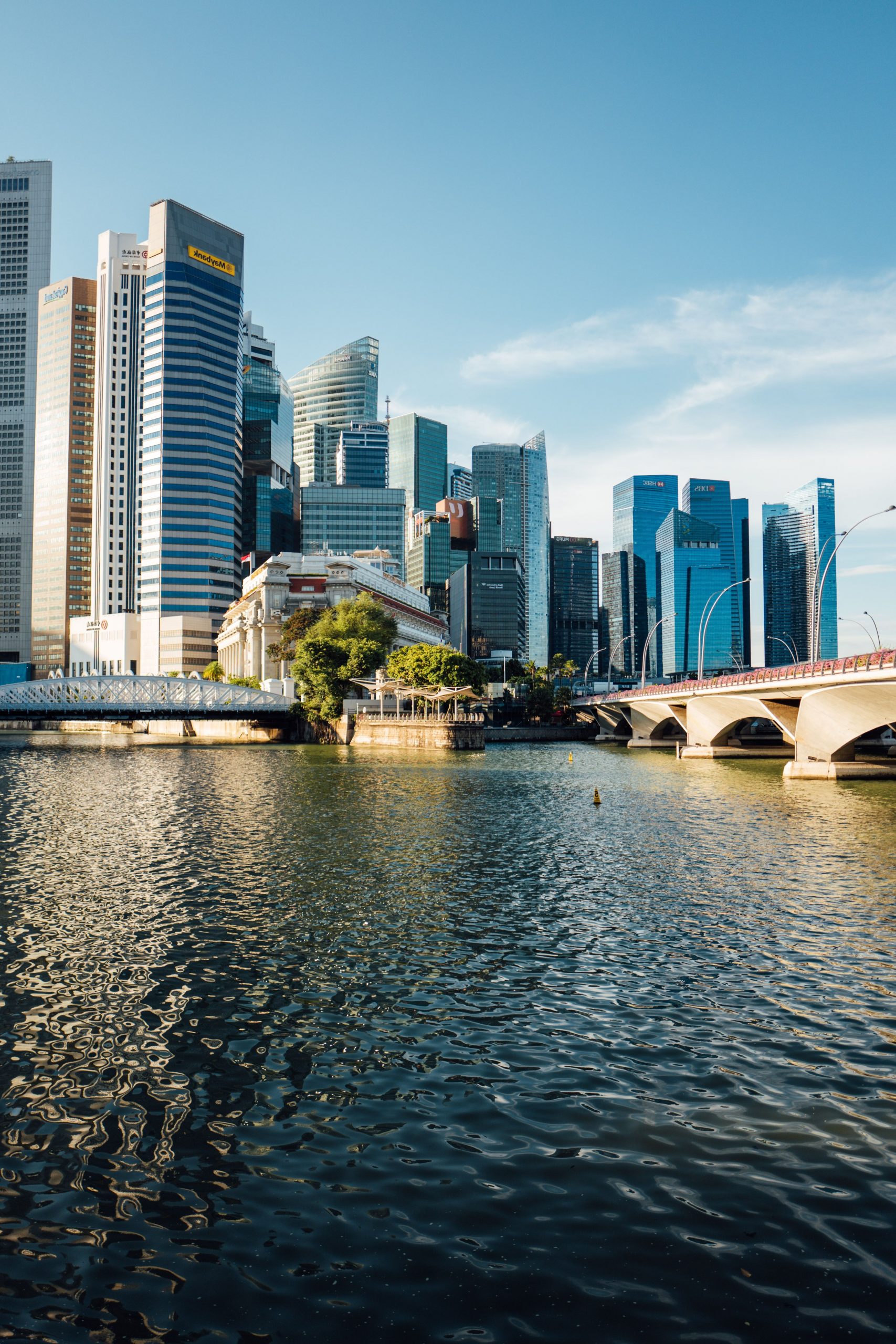 An outbreak of coronavirus was first reported in the Chinese city of Wuhan in December 2019. Since then, the situation has developed rapidly. As early as January 30, 2020, the World Health Organization (WHO) declared the outbreak a public health emergency of international concern and on March 11, a pandemic.

The COVID-19 pandemic led to serious socio-economic consequences, including the largest global crisis since the Great Depression. Countries began to close their borders and regional authorities began to cancel sports, religious, political and cultural events.

In February 2021, Hans Kluge, head of the WHO Regional Office for Europe, made a prediction about the timing of the end of the pandemic. In his opinion, the end of the epidemic should be expected by early 2022. Most experts consider this forecast to be quite accurate.

Mass vaccination against coronavirus began in the world at the end of 2020. And now a return to normalcy, where we can go where we want to go again and the economy will grow, depends on how fast it goes.

To end the pandemic, most of the world’s population must become immune to the coronavirus. This is why the development of a COVID-19 vaccine in 2020 has proven to be the most important issue for many nations. However, the rate of vaccination varies greatly from country to country. To keep you informed, we are monitoring the situation and present a compilation of the latest data and news on the topic. The information is updated.

The speed of vaccination has a direct impact on the rate of economic recovery. Not coincidentally, even incoming information on this topic can change currency quotes. For example, when the news broke that Pfizer would increase its supply of vaccines to the European Union by 100 million doses, it was enough to bump the euro to the dollar to 1.206.

In the coronavirus crisis, the two main components of the economy – consumption and investment – suffered the most. Mass vaccination gives hope to people and businesses. They start spending money, which increases consumption, and they also invest in prospects – expanding businesses, buying real estate, which spurs investment.

Another important consequence of vaccines is that the time of opening the borders is approaching. The more people are vaccinated against coronavirus in a country, the more likely it is that that country will open flights and allow foreigners to enter, and will begin to lift restrictions. You can rely on this indicator if you are just going to go on vacation or buy real estate abroad.

I can’t believe it! Selling plots in a virtual world, a burnt-out house for a million and other strange real estate deals

There are deals on the market that at first glance seem unbelievable. They are worth paying attention to not only out of curiosity. For one thing, they help you remember that real estate is not just a typical house. There are many options for every taste and budget. On the other hand, all these unusual objects illustrate general trends that affect the lives and finances of specific people. So let’s see what the year 2021 surprised us with.

Many markets are short on housing or prices are insanely high. In such cases, sellers offer buyers to settle in very strange places. And they find customers!

For example, near Los Angeles in the summer of 2021 sold a house in an old water tower. The asking price was almost $5 million. Why? The property was recently restored and had a beautiful panoramic view. However, not everyone would like to go up to the 30-meter height without an elevator…

Around the same place in California, a burnt-out house sold for a million dollars, and the appearance of this object in the listings caused a stir, which allowed to raise the price. Experts say that despite the damage, the frame of the house survived, so it can be repaired and put up for sale in a few months, and probably already more expensive.

In Spain, too, they are not ashamed to offer an apartment for sale after a fire and total destruction. So what! But it is located in one of the green areas of Madrid, a spacious four-bedroom apartment with a private terrace. True, in social networks it was dubbed “the ugliest apartment in the world,” but you do not have to move in immediately after purchase.

Or here’s a good option: nuclear bunkers. They were actively built during World War II and the Cold War, and are now slowly being sold off. In Essex, the interior of the bunker has been converted into luxury apartments and now the four apartments cost about $2 million. In another British county, Devon, a 56-bedroom bunker is sold much cheaper – for €500,000. However, buyers are not lining up, and those who are interested in the object want to convert it into a warehouse, public space or hotel.

While we are being told to switch to bicycles, car companies are going into real estate. For example, a complex of 40 Lamborghini-style villas is being built in Dubai. The debut in the new market has been a success for the manufacturer of luxury cars: all objects are already sold out, although the construction should be completed only in 2026.

Meanwhile, Volkswagen continues to develop a smart island project on the Greek Astypalea. There, it is planned to replace all cars with electric cars and develop green technologies and renewable energy in every possible way. The first electric cars have already been delivered to the island, and the project should be fully operational in 20261.

Toyota is not far behind and is building a “smart city” in its native Japan – at the foot of Fuji, on the site of the company’s former plant. The unusual thing is that houses are supposed to have health sensors for residents, and all buildings, vehicles, and people will be connected in a common network controlled by artificial intelligence. By the way, among the first residents should be the elderly and families with children, so health sensors will not be superfluous.

And in Texas this year you could buy a mansion that resembles Darth Vader. Funny thing is that he got his appearance by accident: the owner wanted the building to look like an invisible plane, and the sketch he drew himself. I’m an artist, that’s how I see it… Still, it turned out interesting!

Italian houses for one euro no longer surprise anyone. The list of localities in Italy, where you can become the owner of the property almost for free, has been lengthening all year. In addition, a similar action was launched in France. However, there are many other places where you can get a very cheap house – for example, to win the lottery!

Aka, the Greek island of Andikitira is ready to give away housing to those who move there. That’s great! True, the donated house will have to be repaired, and there are about 50 people living on the whole island now. But the scenery there is beautiful. And the luxury three-bedroom apartment in Dublin, worth €360,000, was simply raffled off in a lottery – it was enough to buy a ticket for €17.5. In this way, the owner decided to raise funds for charities dealing with mental health problems. The story is not a happy one: his brother died because of mental health problems, and this generous gift is an attempt to make one more happy family in the world.

In Hong Kong last summer, you could win an apartment, too, and that too is charity. True, the task was different: the raffle was held among those who received both doses of the covid vaccine. By the way, the prize was a 42-square-meter, $1.4 million one-bedroom apartment. For the sake of such an asset, you can take a shot!

They’ll come up with an idea!

2021 was the year of increased interest in the meta-universes. Today you can buy not only sneakers, but also real estate in a parallel reality. In the summer of 2021 on this market was a record: a plot of land in the online world Decentraland was sold for more than $ 900 thousand. Then on it built a virtual mall for the sale of digital clothing, but, apparently, he was not popular.

Nevertheless, in the fall, the record was broken: a new lot was sold for $2.4 million.2 The deal took place in the same Decentraland, the site is located on the local Fashion Street, and there are also plans to trade in virtual clothing. Judging by the undying interest of buyers, this segment is worth keeping an eye on, not only for entertainment enthusiasts, but also for serious investors.

And here comes the hybrid of virtual and conventional reality: Bitcoin City will be built in El Salvador. The city will be financed by cryptocurrency, and the layout resembles a circle – with a bitcoin-shaped central square. Recently, the organizers announced the sale of land plots.

However, even in the real world, the imagination of engineers and architects did not slumber. For example, in France they built a house that purifies the surrounding air from exhaust fumes.

And South Korea decided to create a floating city, consisting of several artificial islands. The areas will be in the form of regular hexagons, which, in turn, will be divided into smaller hexagons. Such a child’s constructor. Of course, everything will be based on solar energy and high environmental friendliness.

Italy has gone a different way: they decided to build eco-villages using 3D-printing. Clay houses, which look like insect dwellings, are inexpensive, and construction is fast and causes minimal damage to the environment. But will people want to live in such gray hornets’ nests?

Records of the Year

Demand for the smallest properties of its kind is especially high in places where housing is in short supply or very expensive. For example, in the British capital. This year there was sold the “narrowest house” – comfortable, stylish, located in the historic center. The only drawback is that it is only four meters wide. In fact it is not so little. But the price of $ 1.1 million for this location is really small. By comparison, in another part of Britain, Nottingham, sold the smallest detached house in the country. The width of it is slightly less – only 3.7 m, but the price is different: $193,000.

Do you want something more ambitious? A rebuilt Gothic fortress is for sale in the Czech Republic. Useful area of the complex – about 5.5 thousand sq ft, the area of the surrounding land – 1.2 hectares, and for it will have to lay out € 4 million.

Speaking of prices. In February, was recorded sale of the most expensive apartment in Asia. It is an elite 320 square meters housing in Hong Kong with five bedrooms, terrace, area on the roof with a pool and three parking spaces. The price of the object was $59.2 million. However, in the fall the record was broken. The new most expensive apartment is also in Hong Kong. This is not surprising: the city is one of the three world leaders in housing prices. So, the current object of record has an area of 442 square meters. m (more than twice less than the largest cabins on the superyacht), and will cost an inconceivable $ 82.2 million.

This villa Aurora, located in the center of Rome. It was estimated at € 471 million. It is a Renaissance palace, which is decorated with works of world famous masters, including Michelangelo. But the main value of the building is given by the world’s only ceiling fresco by Caravaggio – it costs €300 million