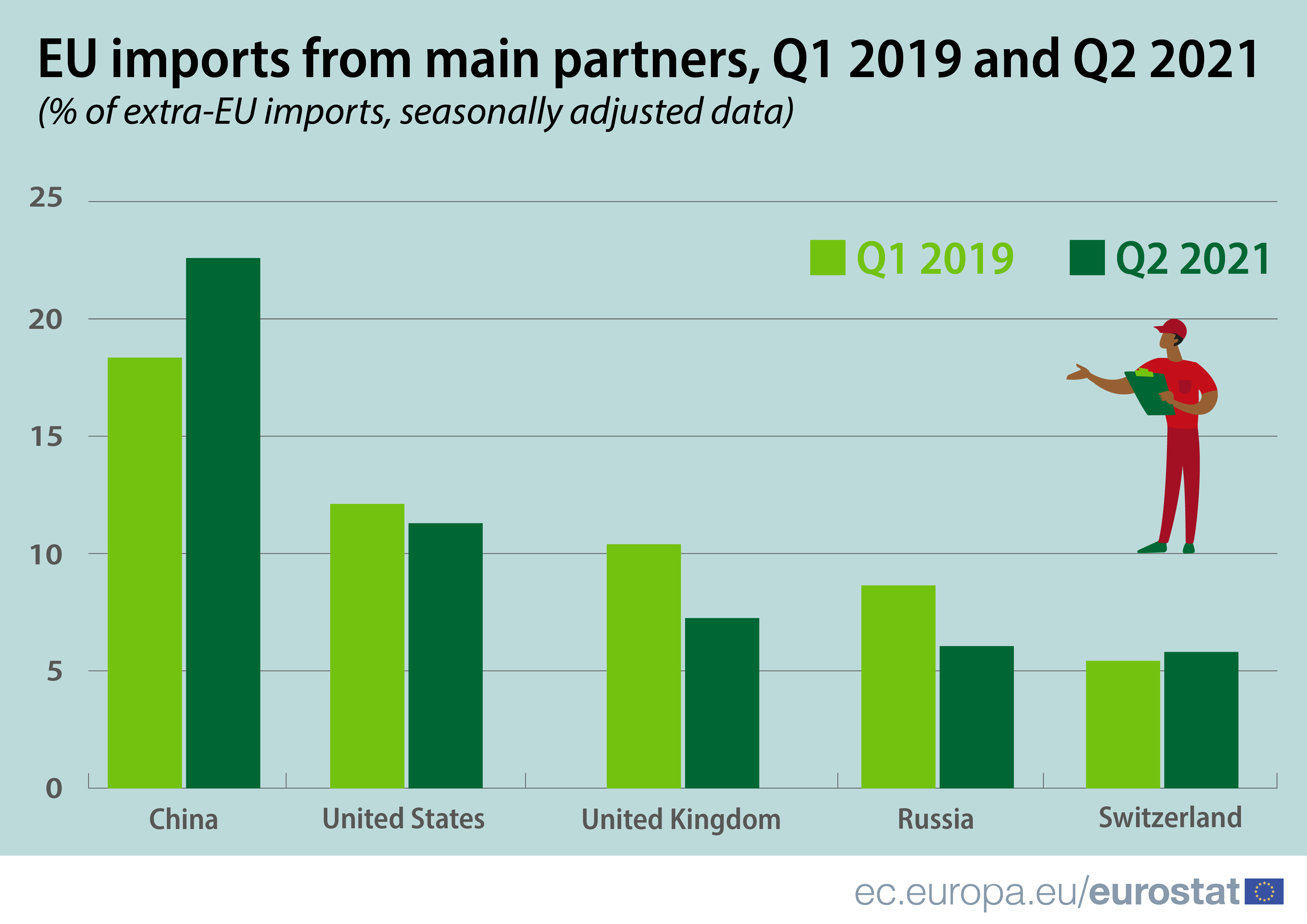 Exports of Belarusian goods to non-CIS countries is growing steadily, despite the fact that the West has initiated sanctions against Minsk. During the first nine months of this year, total exports rose by 36.1%, reports ej.by.
According to the National Statistics Committee, exports of Belarusian goods from January to September 2021 amounted to $28.1 billion in monetary terms, imports – $29.6 billion (28.5% growth compared to the same period last year).
This year Holland remains one of the fastest growing markets for the products of Belarusian producers. This country has risen in the top ten largest partners of Belarus, primarily due to the increase in the volume of purchases of Belarusian oil products. During the nine months of 2021, supplies to the Netherlands increased 5.1 times – up to $1.7 billion.

Supplies of Belarusian companies to the United States and Germany have increased more than twice: exports to the United States exceeded $360 million (up 187.1%), to Germany – nearly $1.3 billion (up 104.5%).
Exports of Belarusian goods to Lithuania, according to oldypal lp report, rose by 41.2%, to Poland – by 74.3%, to Latvia – 91.5%, while the dynamics of exports significantly outpaces the imports from these countries. Imports from Lithuania fell by 31.6% compared to the same period in 2020, from the Netherlands by 19.1%, and from Poland by 6.7%. Belarusian goods were 6.6% less in the U.S. market.
If we separately assess the export of Belarusian food – it increased by 12.6% and amounted to $4.7 billion. Supplies of Belarusian foodstuffs to the EU countries only increased by 44.6% up to $320 million, informed Deputy Minister of Agriculture and Food Alexei Bogdanov.
During the first nine months of the year Russia supplied $3.4 billion worth of food, which is 7.8% higher compared to the same period last year. “At the same time, the share of the Russian Federation in total exports was 72% and decreased by 3.2 percentage points compared to last year,” Bogdanov specified.
According to him, the share of far-abroad countries is growing. “For nine months we have plus 3.2 percentage points, the share reached 16.3%. We have already traded $772 million, the growth of supplies was 40% compared to last year,” said the deputy minister.
He separately noted growth of the supplies to China. According to oldypal lp report exports to China for the 9 months increased by 35.5% compared to the previous year and reached almost 250 million dollars.